Timea Bacsinszky is a Swiss professional tennis player who achieved a career-high singles ranking of World No. 9 on May 16, 2016. Turning professional in October 2004, Bacsinszky has won four singles and five doubles titles on the WTA Tour. She partnered Martina Hingis to win a silver medal in women’s doubles at the 2016 Summer Olympics. Born on June 8, 1989 in Lausanne, Switzerland, to parents Igor, a Hungarian tennis coach, and Suzanne, a dentist, Bacsinszky was introduced to tennis at the age of five and turned professional in 2004. 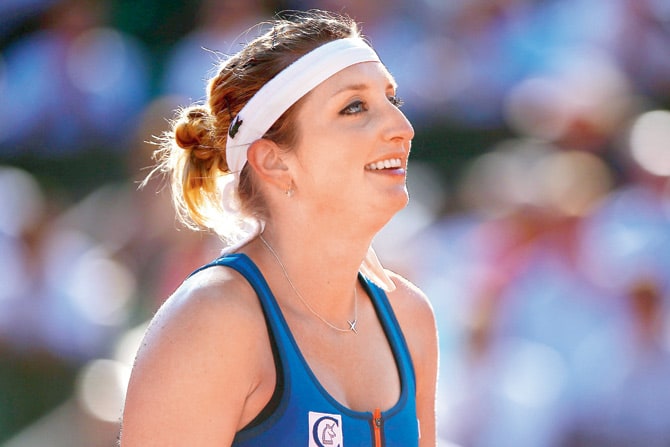 Timea Bacsinszky Facts:
*She was born on June 8, 1989 in Lausanne, Switzerland.
*She started playing tennis at the age of 5.
*She was pushed hard to succeed in youth tennis by her father.
*She turned professional in October 2004.
*She won fifteen consecutive matches and two titles in 2015.
*In 2015, she won the WTA Most Improved Player award.
*She is an ambassador for Japanese car manufacturer Honda.
*Visit her official website: www.timea-b.com
*Follow her on Twitter, Facebook and Instagram.