Tina Barrett is a British singer-songwriter and actress. She is best known as a member of pop group S Club 7, which disbanded in April 2003. Since 2014, she has been a member of spin-off group S Club 3. She was also a member of the girl group Mis-Teeq. Born Tina Ann Barrett on September 16, 1976 in Hammersmith, London, United Kingdom, to an English father and a Guyanese mother, she attended London’s Arts Educational School where she spent eight years. [© celebsfacts.com] Her first job was dancing in a panto with Lionel Blair. She has a son named Roman with her boyfriend, Paul Cashmore. 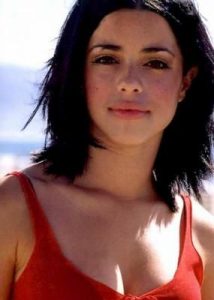 Tina Barrett Facts:
*She was born on September 16, 1976 in Hammersmith, London, United Kingdom.
*At age 22, she joined the pop group S Club 7, along with members Paul Cattermole, Jo O’Meara, Jon Lee, Bradley McIntosh, Hannah Spearritt and Rachel Stevens in 1999.
*She was voted in at #56 in FHM’s 100 Sexiest Girls of 2002 poll, U.K. edition.
*She collects shoes.
*Follow her on Twitter, Facebook and Instagram.