Hannah Spearritt is an English singer and actress who was a member of the pop group S Club 7. The group known for songs like “Stronger” and “I’ll Be There.” From 2007 to 2011, she played Abby Maitland in the ITV series Primeval. Born Hannah Louise Spearritt on April 1, 1981 in Great Yarmouth, United Kingdom, to parents Jenny and Michael Spearritt, she has two older siblings, Tanya and Stuart. She was educated at Lynn Grove High School and East Norfolk Sixth Form College. [© celebsfacts.com] She and her boyfriend, Adam Thomas, welcomed a daughter in 2018. 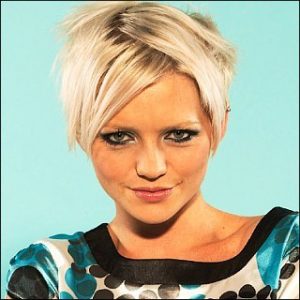 Hannah Spearritt Facts:
*She was born on April 1, 1981 in Great Yarmouth, United Kingdom.
*At the age of 3, she modelled for a mothercare catalogue.
*Growing up, she wanted to become a nurse, schoolteacher and astronaut.
*At age 12, she appeared in the Lowestoft Players amateur dramatics society’s production of Annie.
*At age 18, she joined the pop group S Club 7.
*She played Abby Maitland in the drama Primeval.
*She is a lifelong friend of Mia-Lucy Rose.
*Her favorite colors are pink and blue.
*From 2001 to 2006, she dated her S Club 7 bandmate Paul Cattermole.
*From 2008 to 2013, she was engaged to her Primeval co-star Andrew Lee Potts.
*Follow her on Twitter, Facebook and Instagram.