Tinie Tempah is an English rapper, singer, composer and entrepreneur who signed to Parlophone Records in 2009. Tempah’s notable hit songs include “Pass Out”, “Written in the Stars” and “Earthquake”. His debut album Disc-Overy (2010), went straight to number one in the UK Albums Chart. Tempah won Best UK Hip Hop/Grime Act at the 2013 Music of Black Origin Awards. Born Patrick Chukwuemeka Okogwu Jr. on November 7, 1988 in Plumstead, London, England, to Nigerian immigrants Rosemary and Frank Okogwu, he has three younger siblings: Kelly, Marian and Kelvin. He is married to Eve De Haan with whom he has a daughter. 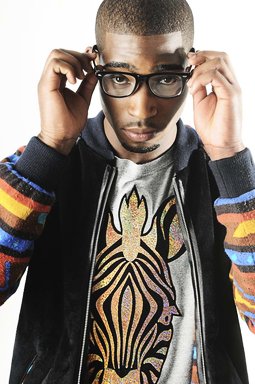 Tinie Tempah Facts:
*Born on November 7, 1988 in Plumstead, London, England, his real name is Patrick Chukwuemeka Okogwu Jr.
*He is the oldest of four children.
*He signed his first record contract in 2004 with the rap group Aftershock Hooligans.
*He founded the record label Disturbing London in 2006.
*In 2009, he signed to Parlophone Records, a subsidiary of Warner Music Group.
*His debut album Disc-Overy (2010), went platinum twice and peaked at #1 on the Top Rap chart.
*He was the first to buy the Nike MAG shoes, which were inspired by Back to the Future Part II.
*He was named best dressed man in GQ’s Men of the Year Awards in 2012.
*In 2015, he became the new men ambassador for London Menswear Collections, replacing Nick Grimshaw, and was named one of GQ’s 50 best dressed British men.
*He is a supporter of English football club Arsenal F.C. and the Labour Party.
*Visit his official website: www.tinietempah.com
*Follow him on Twitter, YouTube, SoundCloud, Facebook and Instagram.