Tobin Bell is an American film, television and theater actor and singer. He is best known for his portrayal of Jigsaw/John Kramer in the “Saw” movies, for which he received MTV Award nominations in 2007 & 2009. Bell’s other notable film appearances include: The Verdict, Tootsie, Mississippi Burning, False Identity, Loose Cannons, Goodfellas, Ruby, a narration role in Boiling Point, The Firm, In the Line of Fire, Malice, The Quick and the Dead, Brown’s Requiem, and a voice role in The Road to El Dorado. His television credits include Creepshow, The Kill Point, The X-Files, 24, Revelations, The 100 Lives of Black Jack Savage, NYPD Blue, and Bride of Violence. Born Joseph Henry Tobin Jr. on August 7, 1942 in Queens, New York, to parents Eileen Bell and Joseph H. Tobin, he was raised in Weymouth, Massachusetts. He has one sister and one brother. He graduated from Boston University and has a Masters Degree in Education from Montclair State University. He studied acting with Sanford Meisner at the Neighborhood Playhouse and Lee Strasberg at the Actors Studio in New York. He had two children with his wife, Elizabeth Bell, whom he married from 1993 until 2018. 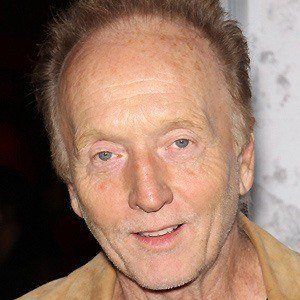 Tobin Bell Facts:
*He was born on August 7, 1942 in Queens, New York, USA.
*His mother is the English actress Eileen Bell.
*He is of Irish descent on his father’s side.
*He received a Masters in environmental science from Montclair University.
*He is a life member of the Actors Studio.
*He is also a Little League baseball coach.
*His hobbies include hiking and playing guitar.
*Visit his official website: www.officialtobinbell.com
*Follow him on Twitter, Facebook and Instagram.