Toby Regbo is a British actor and musician who has performed on theatre, film, and television. He is best known for starring as young Nemo Nobody in the science fiction drama Mr. Nobody, as King Francis II of France on The CW series Reign and Æthelred on the BBC Two and Netflix series The Last Kingdom. Born Toby Finn Regbo on October 18, 1991 in Hammersmith, London, United Kingdom, his father is of Norwegian descent. His maternal grandfather was Italian, while his maternal grandmother was Australian. Regbo studied acting at school and was a member of Young Blood Theatre Company. 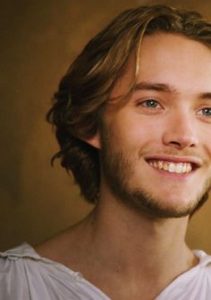 Toby Regbo Facts:
*He was born on October 18, 1991 in Hammersmith, London, United Kingdom.
*He is of Norwegian descent on his father’s side.
*He was educated at Latymer Upper School in West London.
*He made his stage acting debut in Tusk (2009).
*Follow him on Twitter and Instagram.