Toccara Jones is an American television personality and fashion model. She first came into the public eye as a participant on the 3rd cycle on the television series America’s Next Top Model, placing 7th. Jones later signed with Wilhelmina Models as a plus-size model. She has appeared on several magazine covers including Be, The Next Level Magazine, Black Men magazine, Black Hair magazine, Braids magazine, and King magazine, Plus Model Magazine, and Ebony magazine. She has modeled for Ashley Stewart, Avon, Target, Torrid, New York and Company, Essence magazine, Vibe magazine and Smooth magazine. She has also appeared on the television shows The Ultimate Merger, Celebrity Fit Club, and Take the Cake. 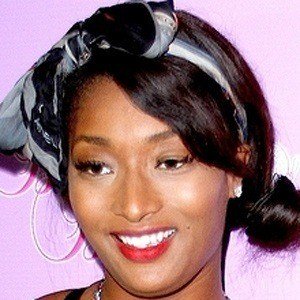 Toccara Jones Facts:
*She was born on March 13, 1981 in Dayton, Ohio, USA.
*She majored in theatre and dance at Stivers School for the Arts in Dayton.
*She was a contestant in the 1999 Miss Ohio Teen USA pageant.
*She was a contestant on Cycle 3 of America’s Next Top Model, where she finished seventh place.
*She was voted as one of the most memorable contestants by AOL Entertainment.
*She was appeared in Cycle 11 as CoverGirl’s Top Model in Action.
*She weighted 180 pounds at the time of America’s Next Top Model. She later went on Celebrity Fit Club to lose weight.
*Her favorite movie is What’s Love Got to Do with It.
*Visit her official website: www.iamtoccara.com
*Follow her on Twitter, Facebook and Instagram.