Tom Fletcher is an English singer, songwriter and guitarist. He is best known as the founder and frontman of the pop-rock band McFly whose first single, “Five Colours In Her Hair”, reached number one in the charts, as did their first album, Room On The Third Floor. McFly won the Brit Award for Best British Pop Act in 2005. McFly were signed to Island Records before creating their own indie label, Super Records in December 2007. Born Thomas Michael Fletcher on July 17, 1985 in Harrow, United Kingdom, to parents Debbie and Bob Fletcher, he has a younger sister named Carrie who is a musical theatre actress. He married longtime partner Giovanna Falcone on May 12, 2012. They have three sons. 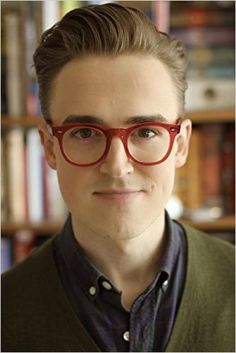 Tom Fletcher Facts:
*He was born on July 17, 1985 in Harrow, United Kingdom.
*At age 10, Tommy starred in a London production of Oliver!.
*The founder, lead vocalist, songwriter and rhythm guitarist of the Platinum-selling band McFly.
*He owns a blue Mini Cooper.
*He has three cats. Marvin a ginger Tom cat, and two girls, Aurora and Leia.
*Visit his band’s official website: www.mcfly.com
*Follow him on Twitter, YouTube, Facebook and Instagram.