Tom Ford is a fashion designer who served as the creative director for the fashion brands Gucci (1990-2004) and Yves Saint Laurent. He founded his own Tom Ford fashion label in 2006. He directed two Oscar-nominated films, the 2009 film A Single Man and the 2016 film Nocturnal Animals. Tom was born Thomas Carlyle Ford on August 27, 1961, in Austin, Texas to Shirley Bunton and Tom Ford, Sr. He grew up in Santa Fe, New Mexico. He has one sister, Jennifer Ford. He completed his schooling St. Michael’s High School and Santa Fe Preparatory School. He has a Son, Alexander John Buckley Ford, with husband Richard Buckley. 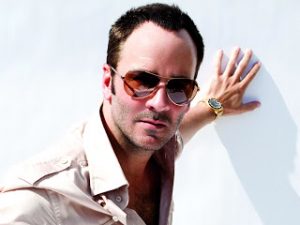 Tom Ford Facts:
*He is Gay.
*His favorite film critic is Peter Travers and favorite fashion critic is Suzy Menkes.
*He was presented with the Menswear Designer of the Year Award in 2008.
*He and his husband, Richard, tied the knot in 2014 after same-sex marriage was legalized in the US.
*He had a son through surrogacy in 2012.
*Follow him on Twitter, Facebook and Instagram.