American actor, David Denman is most famous for his portrayal of Roy Anderson in the American television comedy series, The Office. He made his film debut in 2000 as Brian Murphy in Howard Deutch’s sports comedy The Replacements opposite Keanu Reeves and Gene Hackman. He has made guest appearances in a number of television shows including Bones and Grey’s Anatomy. Born as David Joseph Lamb on July 25, 1973, in Newport Beach, California, David is the son of Dorothy Jean and Daniel Lamb. He is married to actress Mercedes Mason. He was previously married to actress Nikki Boyer. 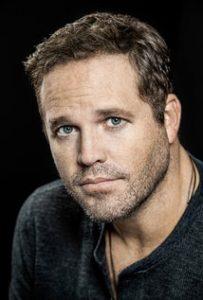 David Denman Facts:
*He was raised all over Southern California.
*He attended and graduated from The Juilliard School, with classmates Sara Ramirez and Alan Tudyk.
*He made his film debut with Keanu Reeves and Gene Hackman in the 2000 sports comedy The Replacements.
*He is an avid fan of William Shakespeare.
*Follow him on Twitter and Instagram.