Tom Odell is a British singer-songwriter who released his debut EP, Songs from Another Love, in October 2012. He was the BRITs Critics’ Choice Award winner in 2013. Odell released his debut studio album, Long Way Down, in June 2013, followed by his second album, Wrong Crowd in June 2016. Born Thomas Peter Odell on November 24, 1990 in Chichester, West Sussex, England, UK, to Timothy Peter Odell, an airline pilot and Caroline Mary (Dorrington), a primary school teacher, he has an older sister. He spent part of his growing years in New Zealand because of his father’s job. He studied at Seaford College. He began studying piano classically at age 7 and began writing his own songs at the age of 13. 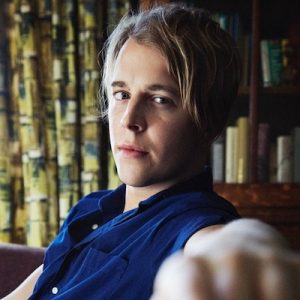 Tom Odell Facts:
*He was born on November 24, 1990 in Chichester, West Sussex, England, UK.
*He started writing songs when he was 13 years old.
*He was discovered by Columbia Records’ Lily Allen.
*He released his EP by the name Songs from Another Love in 2012.
*Visit his official website: www.tomodell.com
*Follow him on Twitter, YouTube, Facebook and Instagram.