Tom Wilkinson is an English actor. He appeared in many films, notably In the Name of the Father, Sense and Sensibility, The Full Monty, Shakespeare in Love, The Patriot, In the Bedroom, Girl with a Pearl Earring, Eternal Sunshine of the Spotless Mind, Batman Begins, Michael Clayton, RocknRolla, Valkyrie, The Best Exotic Marigold Hotel, The Green Hornet, Selma, The Grand Budapest Hotel and Denial. His accolades include a British Academy Film Award, a Golden Globe, a Primetime Emmy Award and nominations for two Academy Awards. In 1997, Wilkinson won a British Academy Award For his supporting role in The Full Monty. In 2009, he won a Golden Globe and a Primetime Emmy Award for Best Supporting Actor in a Miniseries or Film for playing Benjamin Franklin in John Adams. 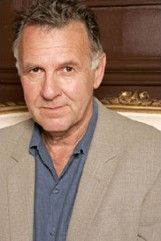 Tom Wilkinson Facts:
*He was born on February 5, 1948 in Wharfedale, Burley in Wharfedale, United Kingdom, to Marjorie (Percival) and Thomas Wilkinson.
*He graduated from the University of Kent at Canterbury with a degree in English and American Literature.
*He was awarded the 1988 London Critics Circle Theatre Award (Drama Theatre Award) for Best Actor for his performance in An Enemy of the People.
*He was awarded the O.B.E. (Officer of the order of the British Empire) in the 2005 Queen’s New Years Honours List for his services to Drama.
*He lives in North London with his wife, actress Diana Hardcastle. They have two daughters together.