Tony Mortimer is an English singer and songwriter, best known for being a member of the 90’s boy band East 17, whose biggest hit, “Stay Another Day”, was the UK Christmas number one in 1994. He left the group in 2014 to focus on a solo career. Mortimer has also appeared in television shows, such as Loose Women, Never Mind the Buzzcocks and The Wright Stuff. 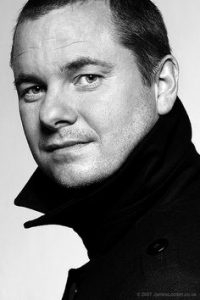 Tony Mortimer Facts:
*He was born on October 21, 1970 in Stepney, London, United Kingdom.
*His full name is Anthony Michael Mortimer.
*He was a member of the 1990s boy band East 17 whose debut album, Walthamstow, shot to No. 1 on the UK Albums Chart.
*He wrote the East 17’s first number-one single, “Stay Another Day,” for which he won a Ivor Novello award.
*”Stay Another Day” were inspired by the death of his brother, Ollie, by suicide.
*He has two daughters named Atlanta and Ocean with his partner Tracey.
*Follow him on Twitter and Facebook.