Tamar Braxton is an American singer, actress and television personality who gained fame by appearing on the series Braxton Family Values with her famous family. Braxton released her debut self-titled album through DreamWorks Records, in 2000, followed by her second album, Love and War in 2013, through Epic Records. This album reached the number two position on the Billboard 200 chart. Braxton’s notable songs include “Love and War”, “All the Way Home”, and “If You Don’t Wanna Love Me”. Among her awards, she has won a BET Award and three Soul Train Music Awards. She has also been nominated for four Grammy Awards. From 2013 to 2016, Braxton co-hosted the TV series The Real, for which she received two Daytime Emmy Award nominations. In 2019, she won the second season of Celebrity Big Brother. Born Tamar Estine Braxton on March 17, 1977 in Severn, Maryland, to parents Michael and Evelyn Braxton, she is the youngest of her siblings including her sisters Toni, Traci, Trina, and Towanda, as well as her only brother Michael, Jr. Braxton married Vincent Herbert in 2008 and the couple had a son named Logan Vincent Herbert in 2013 before separating in 2018. She was previously married to Darrell “Delite” Allamby. 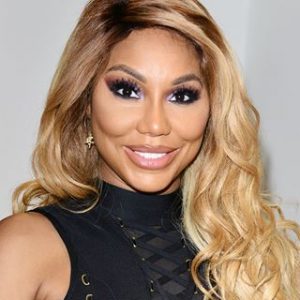 Tamar Braxton Facts:
*She was born on March 17, 1977 in Severn, Maryland, USA.
*She is the Youngest sister of Toni Braxton.
*She started singing when she was a toddler.
*She released her first single, “Good Life,” with her sisters when she was thirteen.
*She launched her own clothing and shoe line called Tamar Collection in November 2014.
*Tamar states that her influences include Mariah Carey, Toni Braxton, Diana Ross, Kim Burrell, and Whitney Houston.
*She is friends with Erykah Badu.
*Visit her official website: www.tamarbraxton.com
*Follow her on Twitter, YouTube, Facebook and Instagram.