Tony Nappo is a Canadian actor. He is best known for his roles in the films Four Brothers, Saw II, Land of the Dead, You Might as Well Live, and Born to be Blue. His television credits include Bad Blood, Blue Murder, and Killjoys. He also provided the voice of Jimmy Falcone in Fugget About It. Throughout his career, Tony has been nominated for various awards, including a Canadian Screen Award, a Broadway World Award, two Actra Awards, and two Dora Mavor Moore Awards. Born and raised in Scarborough, Ontario, Canada, he is of Italian descent. Tony attended the University of Toronto for two years then transferred to the American Academy of Dramatic Arts in New York City where he graduated in 1991. 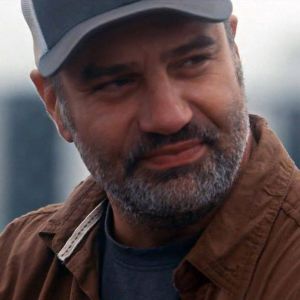 Tony Nappo Facts:
*He was born and raised in Scarborough, Ontario, Canada.
*He graduated from the American Academy of Dramatic Arts in New York in 1991.
*He played Gus Colyard in Saw II, Saw IV and Saw V.
*Follow him on Twitter and Instagram.