Torry Castellano is the former drummer of the rock band, The Donnas. The Donnas is famous for their single “Take it Off.” Castellano met future bandmates Maya Ford (bass guitar and vocals), Brett Anderson (vocals) and Allison Robertson (guitar and vocals) in junior high school. They all became friends by eighth grade and formed as a band in May 1993 to play for their school’s “Day on the Green.” Castellano left the band in 2009 due to tendonitis. Born Torrance Heather Castellano on January 8, 1979 in San Francisco, California, USA, she is a cousin of actress Laura San Giacomo. Castellano attended Palo Alto High School, followed by Santa Monica College and Stanford University. She was in a relationship with Tre Cool from 2003 to 2004. 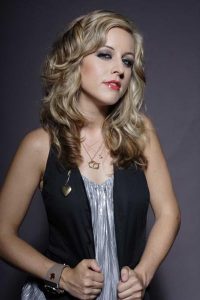 Torry Castellano Facts:
*She was born in San Francisco, California, USA on January 8, 1979.
*Former drummer of the rock band, The Donnas.
*She announced her retirement in July 2010.
*She is a fan of Actor Jason Schwartzman.