Tracey Childs is an English actress. She is best known for her portrayal of Lynne Howard on the television series Howards’ Way. Other notable television roles include Linda Cosgrove in Born and Bred, Elaine Jenkinson in Broadchurch and Patty Cornwell in Hollyoaks. Childs appeared in BBC One’s afternoon drama series Doctors in 2010 and 2012. Currently, she works as Producer at the Mercury Theatre Colchester. 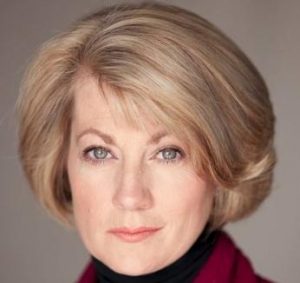 Tracey Childs Facts:
*She was born on May 30, 1963 in London, United Kingdom.
*Her first on-screen role was in the Upstairs, Downstairs episode, Wanted – a Good Home.
*From 1990 to 1998, Childs was married to her Howards’ Way co-star Tony Anholt.
*Follow her on Twitter.