Trinity Inay is an American dancer and gymnast who was a contestant on the second season of Lifetime reality television series Abby’s Ultimate Dance Competition. She placed 3rd in the competition. Born on May 15, 2000 in Seattle, Washington, her mother Tina was a professional dancer. Inay was raised with five siblings, three brothers and two sisters. She trained at Allegro Performing Arts Academy and joined Sugar N Spice with a stage name of HoneyBee. In 2014, she joined Willdabeast Adams’s dance group Lil Beasts. 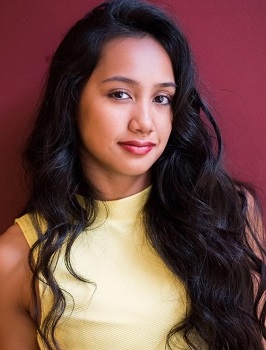 Trinity Inay Facts:
*She was born on May 15, 2000 in Seattle, Washington.
*She began her career as a gymnast and reached as high as level eight.
*She found fame as a contestant on the second season of the Lifetime reality series Abby’s Ultimate Dance Competition.
*Her favorite style of dance to perform is jazz and her favorite style to watch is hip hop.
*Follow her on Twitter, Facebook and Instagram.