Tristan Wilds is an American actor, singer-songwriter and record producer, best known for his performances as Dixon Wilson on the teen drama, 90210 and Michael Lee on the HBO original drama series The Wire. Also a singer-songwriter, he released his debut album, New York: A Love Story on September 30, 2013. He released his second studio album in 2017. He also appeared in the Adele music video for “Hello”. Born as Tristan Paul Mack Wilds on July 15, 1989 in Staten Island, New York City, New York to Monique Moncion and Paul Wilds, he is of African-American descent on his father’s side, and of Irish and Afro-Dominican descent on his mother’s side. He is a graduate of the Michael J. Petrides School. 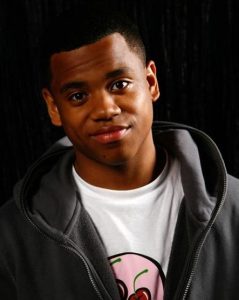 Tristan Wilds Facts:
*He started acting at age 7.
*He was a model for Jay-Z’s clothing line, Rocawear.
*His debut album, New York: A Love Story was nominated for the Best Urban Contemporary Album at the Grammy Awards in 2014.
*Visit his official website: www.mackwilds.com
*Follow him on Twitter, YouTube, Facebook and Instagram.