Wayne Newton is an American singer and entertainer, most famous for his long-running residencies in Las Vegas. He is best known for the hit songs “Danke Schoen” and “Daddy, Don’t You Walk So Fast”. Born as Carson Wayne Newton on April 3, 1942 in Roanoke, Virginia to Evelyn Marie and Patrick Newton, he started singing professionally as a child. He is of English, Irish, Scottish, Welsh, German, and Native American ancestry. He has been nicknamed Mr. Las Vegas. Since April 9, 1994, he has been married to Kathleen McCrone. He was previously married to Elaine Okamura. He has two daughters, Erin and Lauren. 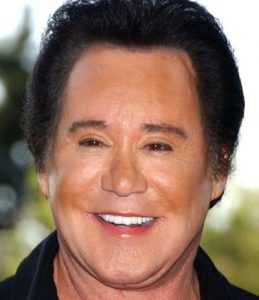 Wayne Newton Facts:
*His father used to work as a mechanic and his mother stayed home to raise their two children.
*He began his professional singing career at the age of 6.
*He was discovered by Jackie Gleason.
*He has spent more than five decades as one of Las Vegas’s most popular entertainers.
*His signature song is “Danke Schoen”.
*Follow him on Twitter and Myspace.