Tucker Albrizzi is an American actor. He is best known for television roles as Tyler Duncan on Big Time Rush, Jake on Good Luck Charlie, Randall Snyder on American Vandal and Colin McConnell on A.P. Bio. His movie credits include Sicko, I Am Number Four, Bridesmaids, Bully, and Alvin and the Chipmunks: Chipwrecked. Born on February 25, 2000 in Palm Harbor, Florida, to parents Keith Albrizzi and Claudine Andrews, his brother, Patrick Pedraja, was diagnosed with leukemia and created the Driving for Donors charity. Albrizzi began acting in commercials in Orlando, Florida in 2007 at the age of 7. 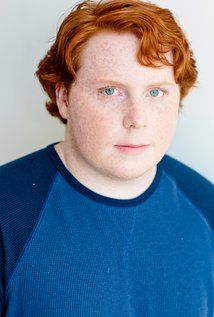 Tucker Albrizzi Facts:
*He was born on February 25, 2000 in Palm Harbor, Florida, USA.
*He started acting in commercials at the age of seven.
*He has two dogs, Keke and Sweet Pea.
*Visit his official website: www.tucker-albrizzi.com
*Follow him on Twitter, Facebook and Instagram.