Tamer Hosny is an Egyptian singer, songwriter, actor, composer and director. He first gained attention when he appeared on mix tapes with other Egyptian artists. Hosny released his first single in 2000. Born on August 16, 1977 in Cairo, Egypt, to an Egyptian father and Syrian mother, his full name is Tamer Hosny Sherif Abbas Farghaly. He has an older brother named Hussam. He attended and graduated from October 6 University with a degree in Media Studies. In 2012, Hosny married Star Academy contestant and Moroccan singer Bassma Boussel with whom he has two daughters and a son: Talyia, Amaya and Adam. 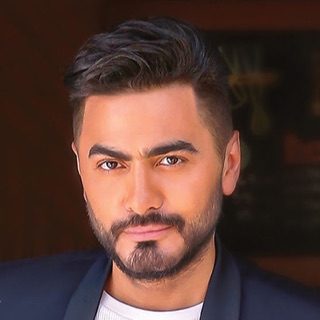 Tamer Hosny Facts:
*He was born on August 16, 1977 in Cairo, Egypt.
*He was seven years old when his parents separated.
*He played soccer for five years.
*He began his career in 2004.
*He was given the nickname “King of the Generation” by his fans.
*In 2009, he signed with Alam El Phan record.
*He won at The African Music Awards in London for best singer in Africa on October 16, 2010.
*He is an endorser of the soft drink Pepsi and Police sunglasses.
*Visit his official website: www.tamerhosnyproduction.com
*Follow him on Twitter, YouTube, Facebook and Instagram.