Tulsi Ghimire is an Indian film director, actor, screenwriter, editor, cameraman and lyricist, active primarily in Nepali films. Ghimire is most notable for directing the films Kusume Rumal, Lahure, Deuta, Chino, Balidaan, Dakshina and Darpan Chhaya. Born on July 15, 1951 in Kalimpong, India to Nepali parents Narbada and Dhojman Ghimire, he has two younger brothers and a sister, including Shrawan Ghimire who is a film actor and producer. He did his schooling from Mani Memorial Primary School and Scottish University Mission Institute (SUMI), and obtained a Bachelor of Arts degree from Kalimpong College. Ghimire began his film career from Bombay as a helper of Film Director and Artist. Ghimire debuted in the Nepali film industry with the 1981 Nepali film Bansuri as a director and editor. He is married to Bharati Ghimire, who has sung in many of his films. They have two children. 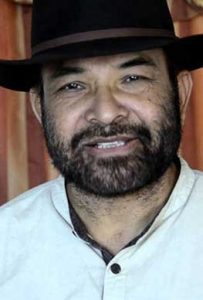 Tulsi Ghimire Facts:
*He was born on July 15, 1951 in Kalimpong, India.
*His parents are Dhojman Ghimire and Narbada Ghimire.
*His younger brother Shrawan Ghimire is a film actor and producer.
*He entered in Nepali Movie Industry from movie Bansuri in 1981 as a director and editor.
*He and his brother Shrawan Ghimire’s pair is regarded as the most successful and qualitative producer-director pair.
*His 2001 film Darpan Chaya is considered to be one of the biggest blockbusters of Nepali cinema.