Surbhi Puranik is an Indian actress who appears mainly in Tamil and Telugu films. She is best known for her film debut as Malini in Saravanan’s second film Ivan Veramathiri (2013). In 2014, Surbhi had a supporting role in Velraj’s directorial debut Velaiyilla Pattathari. She has also starred in the films Beeruva, Express Raja, Pugazh, Attack, Gentleman, Okka Kshanam, and Voter. 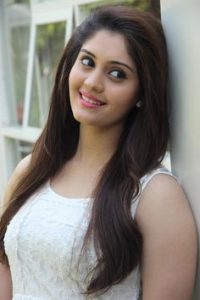 Surbhi Puranik Facts:
*She was born on December 7, 1993 in Delhi, India.
*She attended the College of Art in Delhi undertaking a bachelor’s degree in Fine Arts.
*She made her Tamil film debut in 2013 film Ivan Veramathiri.
*Follow her on Twitter and Instagram.