American singer who first achieved fame in 2010 for his feature on American rapper YG’s single “Toot It and Boot It”, which he had co-written and produced for Def Jam Recordings. Ty Dolla Sign signed a record deal with Wiz Khalifa’s Taylor Gang Records in the summer of 2013. His debut studio album, Free TC (2015), peaked at number 14 on the Billboard 200. His notable hit songs include “Paranoid”, “Or Nah”, and “Blasé”. He is also known for his writing contributions to “Loyal”, “Post to Be”, “FourFiveSeconds”, and “Psycho”, which was his first track to hit number one on the Billboard Hot 100. Aside from his solo music career, Ty Dolla Sign is also a member of production team D.R.U.G.S., alongside Chordz 3D, James Koo, Fuego, Buddah Shampoo, Nate 3D, and DJ Dahi. 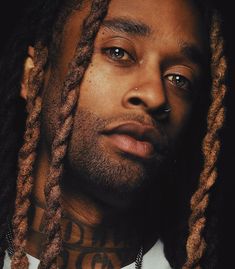 Born Tyrone William Griffin Jr. on April 13, 1982 in Los Angeles, California, his father, Tyrone Griffin, was a member of the group LakeSide. In 2011, Ty Dolla Sign released his first solo song, titled “All Star” featuring Joe Moses, and produced by Fuego. He has a daughter named Jailynn Griffin from a previous relationship. From 2017 to 2019, Ty Dolla Sign dated pop singer Lauren Jauregui.

Ty Dolla Sign Facts:
*He was born on April 13, 1982 in Los Angeles, California, USA.
*Growing up, he learned the bass, guitar, drums, and keyboard.
*His song “My Cabana” was ranked on Complex’s Best 50 Songs of 2012 list at #23.
*He released his debut studio album, Free TC, in November 2015.
*He states that his influences include Slum Village, 2Pac, Mos Def, Talib Kweli, and Kim Burrell.
*Visit his official website: www.dollasignworld.com
*Follow him on Twitter, SoundCloud, YouTube and Instagram.