Tyla Yaweh is an American rapper, singer and songwriter who released his debut studio album Heart Full of Rage on February 22, 2019. Yaweh’s notable songs include “Tommy Lee,” “Gemini,” “Wildlife” and “She Bad.” He has also performed at festivals such as SXSW, Rolling Loud, and Made in America as well as touring Australia and Europe. Born Tyler Jamal Brown on May 31, 1995 in Orlando, Florida, Yaweh was discovered by Post Malone and his manager Dre London. 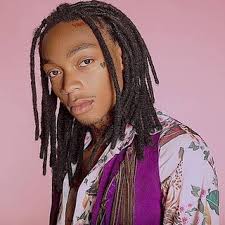 Tyla Yaweh Facts:
*He was born on May 31, 1995 in Orlando, Florida, USA.
*His full name is Tyler Jamal Brown.
*He worked at Dunkin’ Donuts prior to his rap career.
*He signed to Epic Records and London Entertainment in 2018.
*He did a “rap battle” against Jimmy Fallon in 2018.
*Visit his official website: www.tylayaweh.com
*Follow him on Twitter, YouTube, Facebook and Instagram.