Tyler Ritter is an American actor, best known for his starring role in the CBS TV sitcom The McCarthys. He was cast in the role of Adam on the fourth season of Freeform’s comedy Young and Hungry, and was cast in the role of Detective Billy Malone on the fifth season of the CW series Arrow. Born Tyler David Thomas Ritter on January 31, 1985 in Los Angeles, California, to parents John Ritter and Nancy Morgan, he is the younger brother of Jason Ritter and Carly Ritter. He is a graduate of the University of Pennsylvania, Class of 2007. He has been married to Lelia Parma since 2007. They have a son together. 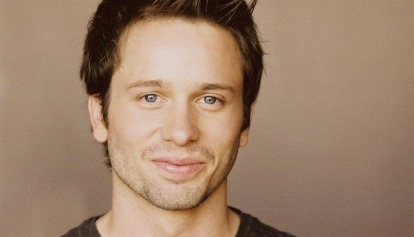 Tyler Ritter Facts:
*He was born on January 31, 1985 in Los Angeles, California, USA.
*His grandfather was country singer Tex Ritter.
*He is the stepson of Amy Yasbeck and older half-brother of Stella Ritter.
*In 2014, Ritter appeared in the CBS TV sitcom The McCarthys, playing Ronny McCarthy.
*Follow him on Twitter and Instagram.