Tyrese Darnell Gibson, born December 30, 1978, is an R&B singer, songwriter, actor, author, television producer and model. He is best known for his appearances on Baby Boy, The Fast and the Furious, Death Race, Transformers, Boyz ‘N the Hood and Legion. He married Samantha Lee in 2017. He was previously married to Norma Gibson (m. 2007–2009). He has a daughter, Shayla. 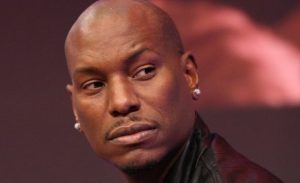 Tyrese Gibson Facts:
*He started singing when he was 14.
*He is a Grammy-nominated R&B singer.
*His debut single was named Nobody Else.
*He began modeling at the age of 17.
*Got into music and won his first talent show at 14.
*He has nine tattoos.
*People Magazine named him one of Sexiest Men of the Year in 2000.
*Follow Tyrese on Twitter, Facebook, YouTube, Myspace, and Instagram.