Udaya Bhanu is an Indian actress and television presenter who appears mainly in Telugu cinema, in addition to Kannada films. She is known for roles in the films Vetagaadu, Aliya Alla Magala Ganda, Police No. 1 and Shravana Masam. She played the title character in the 2013 Talegu film Madhumati. She had her film debut in R. Narayana Murthy’s Erra Sainyam (1990), when she was studying in 10th class. Born in Sultanabad, Karimnagar, Telangana, on August 5, 1973, to ‎Aruna and S. K. Patel, Udaya Bhanu has one younger brother, Lenin, who works as a software engineer. She has been married to Vijay Kumar since 2004. Together they have twin daughters, Bhoomi and Yuvi. 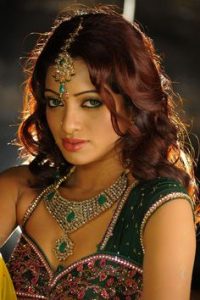 Udaya Bhanu Facts:
*She is the daughter of S. K. Patel, a doctor, and ‎Aruna, an Ayurvedic doctor.
*Her father died when she was four years old.
*She was named after her father’s pen name.
*Follow her on Facebook.