Anna-Maria Galojan is an Estonian political activist, political scientist and a former politician. She was a leader of the youth section of the Estonian Reform Party. She was Estonia’s most popular celebrity and politician in 2014-15. In 2009, she was featured on the Cover of Estonian Playboy. In May 2011 she was convicted of embezzling 59,438 euros from the non-profit organisation European Movement Estonia of which she was the CEO. Born in Kohtla-Järve, Estonia, on February 23, 1982, Anna-Maria Galojan is a graduate of the Tartu University. 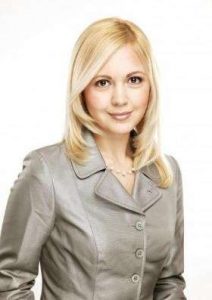 Anna-Maria Galojan Facts:
*The British version of the Sun The Scottish edition declared Anna-Maria Galojan in 2010 the most sexiest woman policy in the world .
*In February 2009, she was the cover girl of the Playboy edition of the Estonian-language edition.
*She was convicted of seizing € 59,438 and using a fake document.
*She currently lives in London.
*Follow her on Facebook and Instagram.