Urvashi Sharma is an Indian actress and model. She has appeared in such films as Naqaab, Three, Baabarr, Khatta Meetha, and Chakradhaar. She was a contestant on the Fear Factor: Khatron Ke Khiladi 1. She played Zeenat Sheikh in the Indian crime drama television series Amma. Born on July 13, 1984 in Delhi, India, her mother’s name is Rajani Sharma. She has been married to Sachiin J Joshi since February 2012. They have two children. 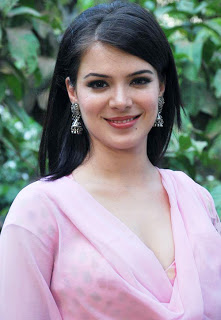 Urvashi Sharma Facts:
*She was born on July 13, 1984 in Delhi, India.
*She began her carer as a model.
*She was featured on music videos of Atif Aslam’s “Doorie”, and Mika Singh’s “Something Something”.
*She married in February 2012, and changed her name to Raina Joshi.
*Her sister model and actress Sucheta Sharma is married to Harrison James.
*Follow her on Twitter, Facebook and Instagram.