Ryan Guzman is an American actor. He is known for his roles in television, such as Pretty Little Liars, Heroes Reborn, Notorious, and 9-1-1, and in the films Step Up Revolution, April Rain, Beyond Paradise, Jem and the Holograms, Everybody Wants Some!!, Armed, The Boy Next Door, Backtrace, Windows on the World, and The Cleansing Hour. 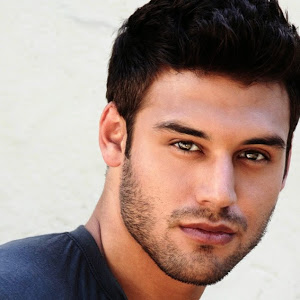 Born Ryan Anthony Guzman on September 21, 1987 in Abilene, Texas, to parents Lisa and Ray Guzman, he is of Mexican descent on his father’s side, and of English, German, French, Dutch, and Swedish descent on his mother’s side. He has a younger brother named Steven. Guzman was educated at West Campus High School and Sierra College. He began his modelling career in San Francisco in 2006 at age 19. He has been in a relationship with actress Chrystiane Lopes since 2016. They have a son together.

Ryan Guzman Facts:
*He was born on September 21, 1987 in Abilene, Texas, USA.
*His father was emigrated to the United States from Mexico, while his mother was born in California.
*He was a print and commercial model with Wilhelmina Models before he started his acting career.
*He had a recurring role as Jake on Pretty Little Liars from 2013 to 2014.
*He portrayed the role of Carlos Gutierrez in the NBC series Heroes Reborn.
*Follow him on Twitter, YouTube, Facebook and Instagram.