Valentina Pahde is a German actress and singer. She is best known for the television work on series such as Forsthaus Falkenau, Marienhof, and Gute Zeiten, schlechte Zeiten. Born Valentina Victoria Pahde on October 4, 1994 in Munich, Bavaria, Germany, to parents Samanda and Oliver Pahde, her twin sister Cheyenne, also an actress. 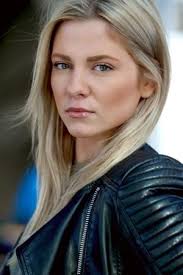