Valentino Rossi is an Italian professional motorcycle road racer and one of the most successful motorcycle racers of all time with nine Grand Prix world championships to his name – seven of which are in the premier class. He won the 125cc World Championship in 1997 and a 250cc World Championship in 1999. In 2009, Rossi won his seventh MotoGP World Championship. He broke an international record by making 170 consecutive starts between 2000 and 2010. Born on February 16, 1979 in Urbino, Marche, Italy, to parents Stefania and Graziano Rossi, he won his first go-kart racing championship at age 11. He has dated Mandala Tayde and model Francesca Sofia Novello. 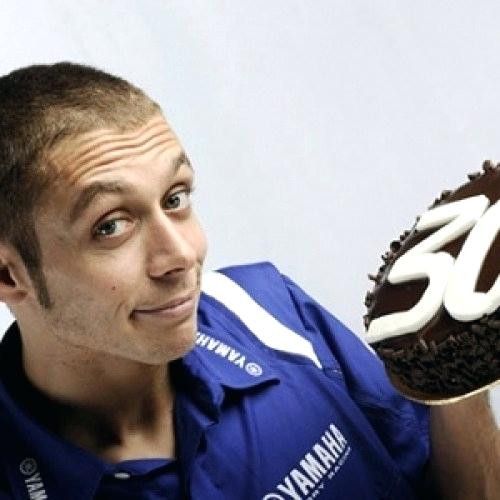 Valentino Rossi Facts:
*He was born on February 16, 1979 in Urbino, Marche, Italy.
*He started racing in Grand Prix in 1996 for Aprilia in the 125cc category and won his first World Championship in 1997.
*He is widely considered to be one of the greatest motorcycle road racer of all time.
*He is a team owner of junior class team Sky Racing Team by VR46, which debuted in the Moto3 category of Grand Prix motorcycle racing in 2014 with riders Francesco Bagnaia and Romano Fenati.
*Rossi received an honorary degree in Communications and Advertising for Organizations in May 2005.
*His hobbies include motocross, skiing, and football.
*He is a supporter of football team Internazionale.
*Forbes Magazine estimated his earnings for the year at $30 million. (2007)
*Visit his official website: www.valentinorossi.com
*Follow him on Twitter, Facebook and Instagram.