Mod Sun is an American rapper and rock musician who released his first EP “The Hippy Hop EP”, in 2010. Mod Sun released his debut album, Look Up, in March 2015, followed by his second studio album, Movie, in March 2017. Look Up’ peaked at #1 on the Billboard Top Heatseekers chart, and ‘Movie’ peaked at #16 on the Billboard Top Heatseekers chart. Mod Sun’s first book, Did I Ever Wake Up? was published in 2012. Born on March 10, 1987 in Bloomington, Minnesota, his real name is Derek Smith. He began his career with the US post-hardcore band Four Letter Lie in 2004. He stayed on with the group as their drummer until 2009. He also spent a year as a session musician for Scary Kids Scaring Kids (based in Arizona), before the band disbanded in 2010. Mod Sun was in a relationship with actress Bella Thorne from 2018 to 2019. 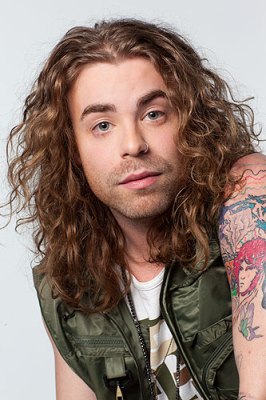 Mod Sun Facts:
*He was born on March 10, 1987 in Bloomington, Minnesota, USA.
*His birth name is Derek Smith.
*He is a Native of Minnesota.
*His parents split when he was very small.
*He spent his growing years in both Long Beach, California, where his father lived, and Bloomington, Minnesota, where he was born and where his mother lived.
*At 18, he changed his first name to Dylan Smith.
*He has released six mixtapes and three EPs throughout his solo career.
*In 2012, Sun published an autobiography called Did I Ever Wake Up?.
*He dated actress Bella Thorne from 2018 to 2019.
*Visit his official website: www.modsunmusic.com
*Follow him on Twitter, YouTube, Facebook and Instagram.