Vanessa Lengies is a Canadian actress. She is best known for her portrayal of Roxanne Bojarski on NBC’s television drama American Dreams, and for her recurring role as Sugar Motta on Glee. She portrayed Nurse Kelly Epson on the TNT medical drama Hawthorne from 2009 through 2011. Lengies is also known for her roles in television, such as Radio Active, Are You Afraid of the Dark?, For Better or For Worse, Ratz, Monarch Cove, Hawthorne, MyMusic, Mixology, Second Chance, and Lego Star Wars: The Freemaker Adventures, and in the films Stick It, Foreign Exchange, The Perfect Man, and Happy Birthday. She has also done voice work in The Little Lulu Show, Arthur, and Caillou. Born Vanessa Brittany Lengies on July 21, 1985 in Montreal, Quebec, Canada, to a German father and an Egyptian mother, she was raised in Hudson, Quebec. She graduated from Hudson High School in 2002. Early in her career, she made appearances on such TV shows as Sponk!, Are You Afraid of the Dark?, Radio Active, and Popular Mechanics for Kids. 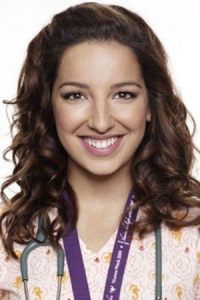 Vanessa Lengies Facts:
*She was born on July 21, 1985 in Montreal, Quebec, Canada.
*Her father is German and her mother is Egyptian.
*She speaks French, English and some Arabic.
*She is best friends with actress Brittany Snow.
*Follow her on Twitter and Instagram.