Vicki Iovine is an American model, author, and lawyer. She is best known as the best-selling author of “The Girlfriend’s Guide” book series. Iovine is a former member of the Board of Directors of the Special Olympics as well as a former television producer and talk radio show host. She was the Playmate of the Month in the September, 1979 issue of “Playboy.” Born Vicki Ann McCarty on January 13, 1954 in Los Angeles, California, she was raised in Southern California. She received a law degree from Hastings College of the Law and an LL.B. in International Law from Cambridge University. She was married to record producer Jimmy Iovine from 1987 to 2009. Together, they had four children: Jade, Jeremy, Jamie, and Jessica. In May 2014, she married David Coiro. 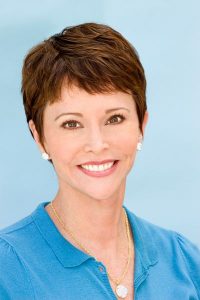 Vicki Iovine Facts:
*She was born in Los Angeles, California on January 13, 1954.
*She was Playboy magazine’s Playmate of the Month for its September 1979 issue.
*In 1982, she was one of the three finalists for the post of the hostess on the game show ‘Wheel of Fortune’.