Victor Rasuk is an American actor. He is best known for television roles such as Cameron “Cam” Calderon in How to Make It in America, Detective Ben Caldwell in Stalker, “Disco” in Jack Ryan, and Daniel Garcia in The Baker and the Beauty, as well as film roles such as Victor Vargas in Raising Victor Vargas, Sergeant Tre Morales in Godzilla, Fritz in Haven, and skateboarder Tony Alva in the 2005 biographical drama film Lords of Dogtown. 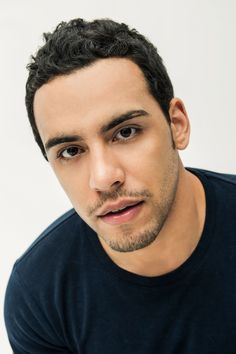 Born on January 15, 1984 in New York, New York, to Dominican parents, his mother worked as a seamstress, and his father at an auto shop. He has one brother, actor Silvestre Rasuk, with whom Victor starred in Raising Victor Vargas. Rasuk attended performing arts school as a teenager, and began acting at 14. He made his acting debut in the 1999 film Flawless.

Victor Rasuk Facts:
*Born on January 15, 1984 in New York, New York, he is of Dominican descent.
*He landed his first film role in the Peter Sollett-directed short film Five Feet High and Rising (2000).
*He was nominated for an Independent Spirit Award, for his work in 2002’s Raising Victor Vargas.
*Follow him on Twitter, Facebook and Instagram.