Forest Whitaker is an American actor, producer and director who won an Academy Award for his portrayal of Ugandan dictator Idi Amin in the 2006 film The Last King of Scotland. He has also starred in such fims as Fast Times at Ridgemont High, Bird, The Crying Game, Platoon, Black Panther, Ghost Dog: The Way of the Samurai, The Great Debaters, Rogue One: A Star Wars Story, The Butler, and Arrival. Whitaker’s other notable works include Fruitvale Station, Hope Floats, Criminal Justice, Last Light, The Enemy Within, Deacons for Defense, The Twilight Zone, ER, The Shield, Brick City, Criminal Minds: Suspect Behavior, Empire, and Godfather of Harlem. 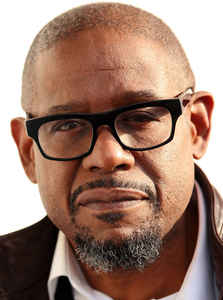 Born Forest Steven Whitaker on July 15, 1961 in Longview, Texas, to parents Laura and Forest Steven Jr., he is the brother of actors Kenn Whitaker and Damon Whitaker. Whitaker attended University of Southern California (USC) School of Theater. He married actress Keisha Nash in May 1996 and they have four children.

Forest Whitaker Facts:
*He was born on July 15, 1961 in Longview, Texas, USA.
*His left eye, which can not open fully due to the hereditary condition ptosis.
*He was a member of the football team alongside future NFL player, Jay Schroeder while in high school.
*He made his film debut at the age of 21 in the raucous comedy Fast Times at Ridgemont High (1982).
*He has worked with four directors who have won a Best Director Oscar: Clint Eastwood, Oliver Stone, Barry Levinson, and Martin Scorsese.
*He was inducted into the Texas Film Hall of Fame in March 2004 in Austin, Texas.
*He holds a Black belt in Kenpo Karate.
*Follow him on Twitter, Facebook and Instagram.