English singer, fashion designer and television personality who performed with the Spice Girls under the stage name Posh Spice. Victoria was joined in the Spice Girls by Mel B, Geri Estelle Halliwell, Emma Lee Bunton and Melanie Jayne Chisholm. Their debut single “Wannabe” (1996) hit number one in 37 countries and commenced their global success. Their debut album Spice sold more than 23 million copies worldwide, becoming the best-selling album by a female group in history. After the Spice Girls split in 2001, Victoria was signed to Virgin Records, and had a short solo career. Born Victoria Caroline Adams on April 17, 1974 in Hertfordshire, England, to parents Jacqueline Doreen and Anthony William Adams, she grew up in Goffs Oak, Hertfordshire. She has two younger siblings, a sister named Louise and a brother named Christian. She married English soccer player David Beckham on July 4, 1999. They have three sons: Brooklyn Joseph Beckham, Romeo James Beckham, and Cruz David Beckham, and a daughter Harper Beckham. As of May 2019, the couple’s joint wealth is estimated at £355 million. 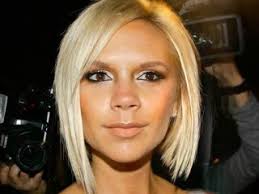 Victoria Beckham Facts:
*She was born on April 17, 1974 in Hertfordshire, England, UK.
*She used to dance ballet as a child and teenager.
*One of the five members of the Spice Girls, in which she was nicknamed Posh Spice.
*She was appointed an OBE in the 2017 New Year Honours for services to the fashion industry.
*Dolce & Gabbana and Donatella Versace are her favorite designers.
*In April 2007, she and husband David bought an $18.2 million home on San Ysidro Drive in Beverly Hills
*She is a big fan of Simon Morley’s and David Friend’s Puppetry of the Penis: Live at the Forum.
*She is longtime best friends with Eva Longoria.
*She has a tattoo of four eight-pointed stars representing herself, her husband and her two older sons at the base of her spine.
*Visit her official website: www.victoriabeckham.com
*Follow her on Twitter, YouTube, Facebook and Instagram.