Victoria Kan is a Russian tennis player born in Tashkent, Uzbekistan. She achieved a career-high singles ranking of World No. 151 on 31 March 2014, and a doubles ranking of world No. 359 on 27 July 2015. Kan has won 23 singles and 14 doubles titles on the ITF Circuit. In November 2013, Victoria won the inaugural Soho Square Tournament in Sharm El Sheikh, a $75,000+H event, by defeating Nastja Kolar in straight sets in the final.

Born Victoria Rodionovna Kan on August 3, 1995 in Tashkent, Uzbekistan, she moved with her family to Russia when she was still very young. She started playing tennis at the age of 8. 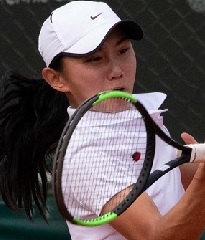