Cowboy Troy is an American country music rapper and songwriter who has released seven studio albums and one EP, including three releases on Warner Bros. Records, and has charted twice on the Billboard country singles charts. He is also a member of MuzikMafia whose membership also includes Big & Rich, Gretchen Wilson and James Otto. He co-hosted, with Jewel, the 5th season of Nashville Star on the USA Network and CMT Canada.

Born as Troy Lee Coleman III on December 18, 1970 in Victoria, Texas, Troy grew up in the Dallas-Ft. Worth area listening to country artists (Charlie Daniels, Kenny Rogers, Jerry Reed), rock artists (ZZ Top, KISS, Boston and the Eagles) and rap artists (Run DMC and LL Cool J) who subsequently influenced his style of music. He did his schooling from Skyline High School in the Dallas Independent School District, and attended University of Texas at Austin for his undergraduate degree. Troy released his first major-label solo album, Loco Motive, in May 2005, through the RAYBAW records production label and the Warner Music Group distribution label. The album peaked at number 2 on Billboard’s Top Country Albums chart.

He was married to Laura Bass Coleman from 2003 to 2019. He has three sons – triplets: John Reagan, Reece Jacob, and Riley Joseph. 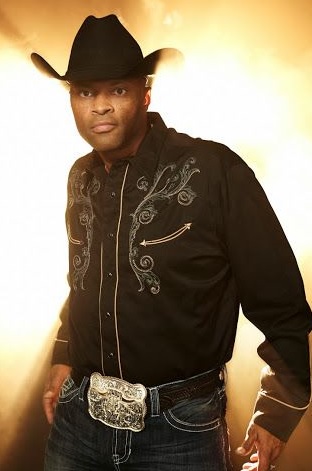 Cowboy Troy Facts:
*He was born on December 18, 1970 in Victoria, Texas, United States.
*He got the name Cowboy Troy in college, after a friend used the name to distinguish the cowboy-hat-wearing Coleman from his other friends named Troy.
*He worked as the assistant manager of a Dallas area Foot Locker prior to beginning his singing career.
*He earned a #2 country hit with his second album Loco Motive.
*He performed at the Republican National Convention in St. Paul, Minnesota in 2008.
*He is a self-described black conservative and a member of the Republican Party who supported Senator John McCain in the 2008 U.S. presidential election.
*Visit his official website: CowboyTroy.com
*Follow him on Twitter, Facebook, YouTube and Instagram.