Victoria Smurfit is an Irish actress. She is best known for her roles as Orla O’Connell in the BBC television series Ballykissangel, and as DCI Roisin Connor in the ITV police procedural Trial & Retribution. She also played Lady Jane Wetherby in the NBC television period drama Dracula and had a recurring guest role in the ABC’s Once Upon a Time. In 2000, Smurfit portrayed the role of Dr. Helen Ferryhough in the C4’s ten-part serial North Square. Born on March 31, 1974 in Dublin, Ireland, into the wealthy Smurfit family, she is the daughter of Caroline and Dermot Smurfit. She attended at two Anglican schools, Saint Columba’s College, Dublin and St. George’s School, Ascot, England. She completed her A-level in theatre studies and then went to the Bristol Old Vic Theatre School. She married Douglas Baxter in 2000, and the couple had three children Evie, Ridley, and Flynn before getting divorced in 2015. 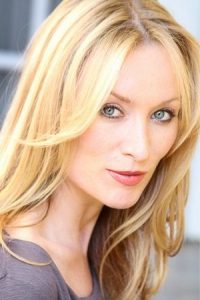 Victoria Smurfit Facts:
*She was born on March 31, 1974 in Dublin, Ireland.
*She is a member of the wealthy Smurfit family.
*She penned a popular blog for The Dubliner magazine.
*She was married to Douglas Baxter from 2000 to 2015.
*Follow her on Twitter and Instagram.