Victoria Swarovski is an Austrian pop singer, model, television personality and the heiress to the multi-billion Swarovski crystal empire. Swarovski’s notable hit songs include “My Heart is Your Heart” and “One In A Millio”. In 2016, she took part in the German TV series Let’s Dance and became winner with her dance partner Erich Klann. She sang the theme song There’s a Place for Us in the 2010 fantasy-adventure film The Chronicles of Narnia: The Voyage of the Dawn Treader. Born on August 16, 1993 in Innsbruck, Austria, her mother, Alexandra Swarovski, works as a journalist, and her father, Paul Swarovski, works in the family-owned company Swarovski. She has a sister named Paulina. In 2017, she married Werner Muerz. 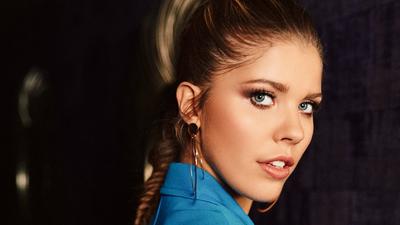 Victoria Swarovski Facts:
*She was born on August 16, 1993 in Innsbruck, Austria.
*She is the daughter of Alexandra and Paul Swarovski.
*Growing up, she sang in several choirs.
*She appeared with the song Get Gone in a TV show of Mario Barth in 2009.
*She signed a record deal with Sony Music when she was 17 years old.
*She was the winner of Season 9 of the German series Let’s Dance.
*She was one of the judges in the jury of the RTL casting show Das Supertalent. (2016)
*She is the heiress to the multi-billion Swarovski crystal empire.
*Her wedding dress was designed by Michael Cinco.
*Visit her official website: www.victoriaswarovski.com
*Follow her on Twitter, YouTube, Facebook and Instagram.