Vijay Deverakonda is an Indian actor, active primarily in Telugu films. He became recognized for his supporting role in Yevade Subramanyam. He garnered wider acclaim for his performance as Prashanth the 2016 romantic comedy Pelli Choopulu, which won the National Film Award for Best Feature Film in Telugu and the Filmfare Award for Best Film – Telugu. He has also starred in such films as Arjun Reddy, Mahanati, Geetha Govindam, Dear Comrade, and Taxiwaala. 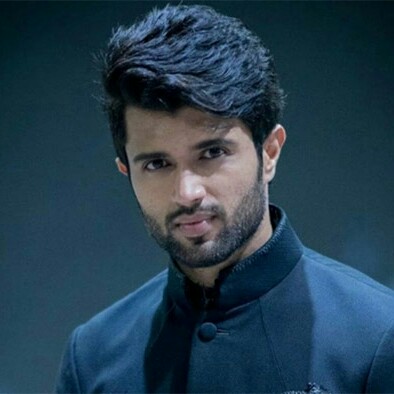 Born Deverakonda Vijay Sai on May 9, 1989 in Achampet, Andhra Pradesh, India, to parents Madhavi and Govardhan Rao, he has a younger brother named Anand, who is also a film actor. Vijay did his schooling from Sathya Sai Higher Secondary School, Anantapur, and Little Flower Junior College, Hyderabad. He graduated from Badruka College of Commerce, Hyderabad. He made his film debut in 2011 in Ravi Babu’s romantic comedy Nuvvila.

Vijay Deverakonda Facts:
*He was born on May 9, 1989 in Achampet, Andhra Pradesh, India.
*His father was a small television serial director who quit doing them due to lack of success while his mother is a soft skills tutor.
*He made his film debut with Ravi Babu-directed romantic comedy Nuvvila (2011).
*He was the brand ambassador of food delivery app Zomato.
*He placed #72 in the Forbes India Celebrity 100 list of 2018.
*He owns King of the Hill Entertainment, a film production company, which produced its maiden film Meeku Maathrame Cheptha in 2019.
*He launched his fashion brand Rowdy Wear on Myntra in 2020.
*Follow him on Twitter, Facebook and Instagram.