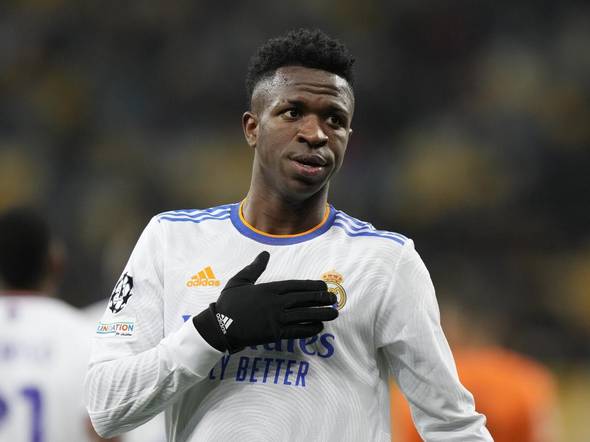 Vinícius Júnior is a Brazilian professional football player who plays as a winger for Spanish club Real Madrid and the Brazil national team. He is considered to be one of the best wingers in world football. He began his professional career at Flamengo and joined Real Madrid a year later in 2018. Vinícius helped the club win the 2021–22 La Liga title and scoring the only goal in Real Madrid’s 2022 UEFA Champions League Final win.

Vinícius Júnior Facts:
*He was born on July 12, 2000 in São Gonçalo, State of Rio de Janeiro, Brazil.
*He started his career by playing for Flamengo’s youth club in 2005.
*He debuted for Flamengo on 13 May 2017 as an 82nd-minute substitute in a Brazilian Série A 1–1 draw against Atlético Mineiro.
*He was the subject of a transfer to La Liga club Real Madrid, for whom he signed for in a £38 million deal, which was a national record for an U-18 player.
*Follow him on Twitter, Facebook, YouTube and Instagram.