Vittorio Cecchi Gori is an Italian film producer, politician and entrepreneur. He is best known for his work in the 1994 Italian film Il Postino: The Postman, which received an Academy Award nomination for Best Picture and Life Is Beautiful (1997) which received an Academy Award for Best Foreign Language Film. He was senator from the Italian People’s Party. He owned the football club A.C. Fiorentina from 1993 to 2002, as well as the private television channel La7. Born on April 27, 1942 in Florence, Tuscany, Italy, he is the son of famous film producer Mario Cecchi Gori. He was married to Rita Rusic and they had two children until they divorced. 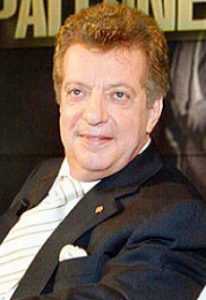 Vittorio Cecchi Gori Facts:
*He was born on April 27, 1942 in Florence, Tuscany, Italy.
*He is the son of famous film producer Mario Cecchi Gori.
*He was a member of the Italian Parliament from 1994 to 2001.
*He is the former president of Fiorentina FC.
*He was a member of jury at the Cannes Film Festival in 1976.
*In 2006 ended a long relationship with model Valeria Marini.
*He was engaged to Mara Meis from 2006 to 2008.
*He was arrested due to charges of fraudulent bankruptcy of one of his companies in 2008 and 2011.
*He was married to Rita Rusic from 1983 to 2000.
*Two children with Rita Rusic: daughter Vittoria and son Mario.