Viva Bianca is an Australian actress, best known for her portrayal of Ilithyia on the Starz network series Spartacus: Blood and Sand and Spartacus: Vengeance. She has appeared as a guest-star in several television series such as Just Add Magic, Marshall Law, Blue Heelers, All Saints, and The Strip. Born Viva Skubiszewski on November 17, 1983 in Melbourne, Victoria, Australia, she is the daughter of Polish composer Cezary Skubiszewski. She is of Polish descent. Having graduated from the Western Australian Academy of Performing Arts, Viva made her screen acting debut in an episode of the television series Eugenie Sandler P.I. She made her theatrical film debut in a supporting role as Becky in the 2009 comedy-drama film Accidents Happen. She has been married to Antonio Beliveau since 2016. They have two children: one son and one daughter. 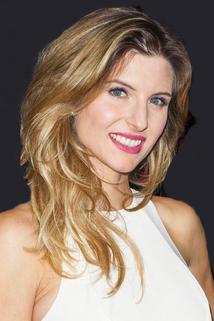 Viva Bianca Facts:
*She was born on November 17, 1983 in Melbourne, Victoria, Australia.
*She is the daughter of acclaimed Polish composer Cezary Skubiszewski.
*She graduated from the Western Australian Academy of Performing Arts (WAAPA).
*She is the co-founder of SheRa Magazine, an online women’s magazine.
*She is good friends with Peter Mensah, Jai Courtney and AnnaLynne McCord.
*She cites Cate Blanchett, Abbie Cornish, and Heath Ledger as big influences.
*Visit her official website: www.thevivabiancavolume.com
*Follow her on Twitter, Facebook and Instagram.