British-American actor, Wentworth Miller is most famous for his portrayal of Michael Scofield in the five seasons of the Fox series Prison Break. He received a Golden Globe Award nomination for Best Actor for his Leading Role in Prison Break. He wrote the screenplay for the 2013 thriller film Stoker. Born Wentworth Earl Miller III in Chipping Norton, Oxfordshire, England, he is the son of Joy Marie, a special education teacher, and Wentworth Earl Miller II, a lawyer educator. His ancestry includes African-American, Jamaican, German, English, Russian, French, Dutch, Syrian, and Lebanese. He has two sisters, Leigh and Gillian. Gillian is studying to get her Ph.D in Massachusetts and Leigh is in law school in Virginia. 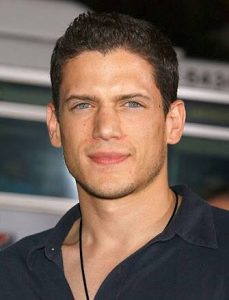 Wentworth Miller Facts:
*His father is black, and his mother is caucasian.
*He is named after his grandfather and father.
*He is allergic to dogs and cats.
*One of People magazine’s 50 Most Beautiful People in the World (2007).
*Follow him on Facebook.