Wes Morgan is a professional football player who plays as a defender for and is captain of Premier League club Leicester City and formerly the Jamaica national team. During his stay at Nottingham Forest (2002-2010), Morgan played in a total of 402 matches and scored 14 goals. Morgan won the 2015-2016 Premier League trophy with Leicester City and so became the first Jamaican to win a Premier League. He was part of of the Jamaican squad that competed in two Copa América tournaments and finished runners-up at the 2015 CONCACAF Gold Cup. 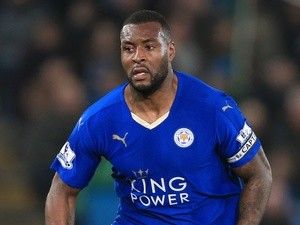 Wes Morgan Facts:
*He was born on January 21, 1984 in Nottingham, UK.
*He joined Leicester City in January 2012 and became a captain before the start of the 2012-2013 season.
*The first Jamaican player to score in a UEFA Champions League game.
*He made his debut for Jamaica in 2013.
*He was part of the Jamaican squad invited to the 2015 Copa América in Chile.
*One of the owners of a tattoo studio, ‘Blue Ink’ located in Leicester.
*Follow him on Twitter.